On Wednesday, CBS announced the official release date for the second complete season of Star Trek: The Next Generation on Blu-ray. The 5-disc set is to hit store shelves on December 4 in the U.S. and Canada.

According to Trekcore, some of the bonus features will include:

• Episodic Promos
• Gag Reel
• Audio Commentary on “Q Who” with Dan Curry, Rob Bowman and Mike Okuda
• Audio Commentary on “The Measure of a Man” with Melinda Snodgrass, Robert Scheerer and Mike Okuda
• Featurette: Reunification: 25 Years After The Next Generation (HD)
• The Measure of a Man (HD Extended Version)
• Featurette: Making It So: Continuing The Next Generation (HD)
• All SD features originally included on the DVD release

Star Trek: The Next Generation, Season 2 on Blu-ray is now available for pre-order on Amazon. 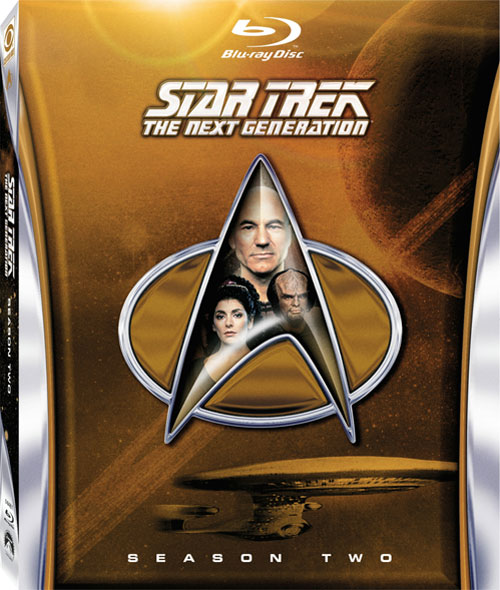