It was 1994. President Bill Clinton held the White House and the hip television show was The Simpsons on FOX. Another popular television show was in transition and it was hard to believe what was happening – Star Trek: The Next Generation was ending. For seven incredible years, we watched Gene Roddenberry’s sci-fi creation of the 80s flourish and usher in the 90s.

Now, our landmark show drew to a close.

Star Trek itself certainly wasn’t ending. In fact, it only grew in both popularity and the scope of its reach. A Next Generation spin-off, Deep Space Nine, generated buzz; another hit TV show regularly coming in at syndication’s top spot. Of course, this covered only Trek’s TV realm. The original Kirk and Spock focused theatrical movies had also become a box office mainstay in the 1980’s.

Soon, we’d be treated to another feature film – showcasing the noble crew of Jean-Luc Picard’s Enterprise, while iconic Captain Kirk would tag along for his final romp. Novels, comics and video games were released at a healthy clip – ‘Trek – The Franchise’ only picked up more warp core steam.

Toys, models, board games, calendars and action figures were sold all over. You saw the licensed merch in Toys R US, supermarkets, pharmacies and even dollar stores. Need a ‘working’ combadge, phaser, tricorder or even a transporter? No problem. Playmates could hook you up. Patrick Stewart, William Shatner, and Avery Brooks splashed in photo spreads on TV Guide and covers of national magazines. Fans amassed binders with collectible cards and eagerly played video games allowing players to assume command of the Starship Enterprise 1701-D. 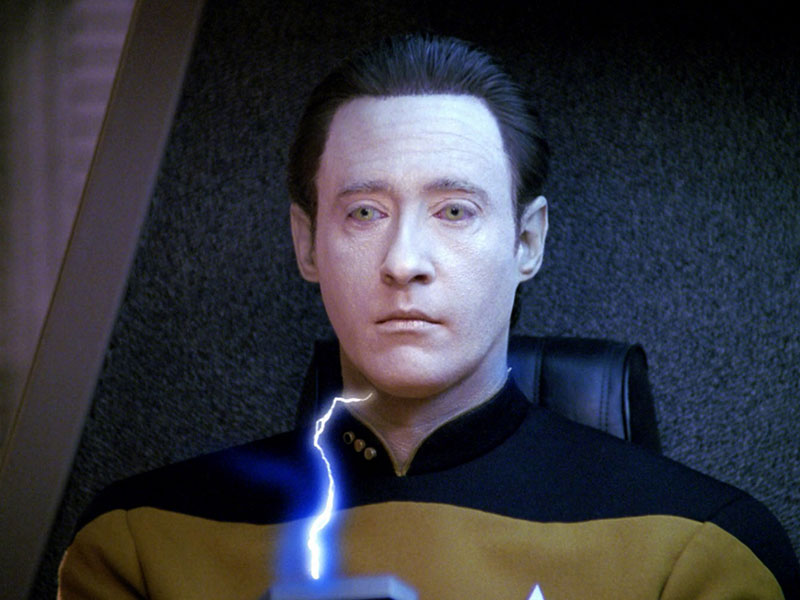 A door opens, as another one closes. TNG may have been ending, but its growing phenomenon blazed new pathways by opening up warp bubbles across the pop culture galaxy. Like propelling a starship beyond warp factor 10, Trek could be everywhere at once. Even if you’d never watched the original series, seen a feature film or caught an animated tale, the collectible swag, prop replicas and ubiquitous publicity snagged you in a complex like Q net.

All the exposure, all that media celebration, but still it felt bittersweet. We were saying farewell to beloved friends – a space exploring family invited into our homes each week, yet we were excited to see them immortalized on the silver screen.

TV goodbyes aren’t uncommon. Yet something more could be felt during this final season; much more than just another hit TV series ending a long run. It felt odd – a pervasive feeling of melancholy. Yes, Star Trek prospered, but we had to let go of a major part of what it had become. If Kirk’s crew was our original family, Picard’s became the extended one – the far flung, future cousins born of Roddenberry’s expanding brood. Of course to loyal fans, loss isn’t unfamiliar. 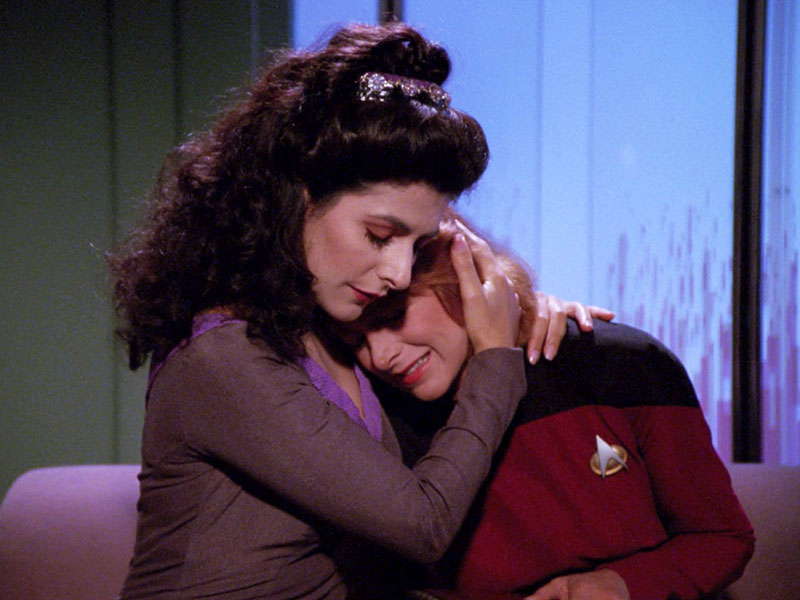 In the early days after its birth, Star Trek struggled on NBC – managing to eek out three seasons, the last of which was granted after a letter-writing campaign organized by uber Trekker, Bjo Trimble. With a loss of first run eps, fans settled for reruns in syndication – or made up new adventures by writing fan fiction, networking and distributing at conventions. Novels and comics came along to offer more story pleasure, and in 1973, Star Trek: The Animated Series even morphed Kirk, Spock, and McCoy into Saturday morning cartoons.

Before writing for The Next Generation, I’d submitted short stories to science fiction and fantasy publications such as OMNI, Playboy, Amazing Stories and The Magazine of Fantasy & Science Fiction. Editor rejection notes gave encouraging comments, “Great stuff – try us again!” – etc. However, I’d yet to sell professionally. Discouraging, to say the least, so I turned my writing focus to a favorite show.

I’d never written fan fiction of any type for any genre, but my writing a Next Gen script felt like my first foray. I watched Trek as a fan. I was an amateur. I wasn’t a writer on the TNG staff. I had no literary agent, and I had never sold to a Hollywood studio before. As I scripted my teleplay, I only knew this: I loved Star Trek immensely.

All these years later, it’s clear. Now in retrospect, I was certain about something else, home and family – things which a great number of dedicated fans recognize in a dear love of their show. It’s an innate sense of warm belonging. It’s unconditional acceptance. They know they’ll always have a safe place to return to and be welcome – somewhere to call their own and to come back home to no matter the cosmic catastrophe or alien incursion. 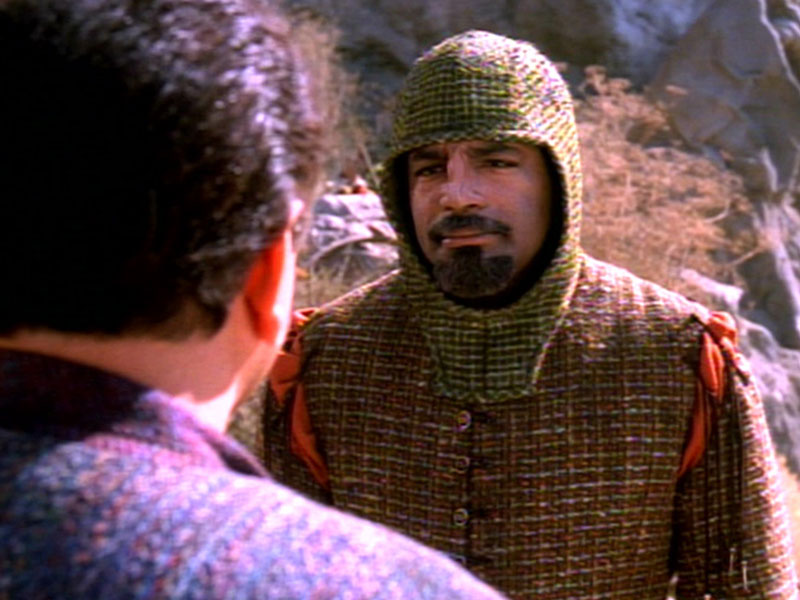 When the business office at Paramount Pictures called me to say they wanted to produce my script, it felt more than slightly surreal. It came through on call waiting, and I had to put my buddy George on hold while I answered the other line. For a few seconds, time stopped – hell, it felt more like a few hours. I experienced so called ‘time warping’ or temporal relativistic effect, time tripping fun which Trek is so famous for exploring.

After I’d escaped the powerful temporal anomaly the news generated, I thanked Paramount’s Dirk Vandebunt – many more times than I should have. He said he’d FedEx out my contract, and that he was used to my kind of unbridled excitement, “When I call guest actors who’ve snagged a role on say, Cheers, it’s so nice to hear their enthusiasm.”

The following year, my TNG episode, “Homeward” aired – with guest star Paul Sorvino (Goodfellas) cast as Nikolai Rozhenko – Security Chief Worf’s human foster brother. The character had only been mentioned – with no given name – in the first season episode, “Heart Of Glory”. I called him Joseph in my script, after a good friend, but it didn’t make the final cut. 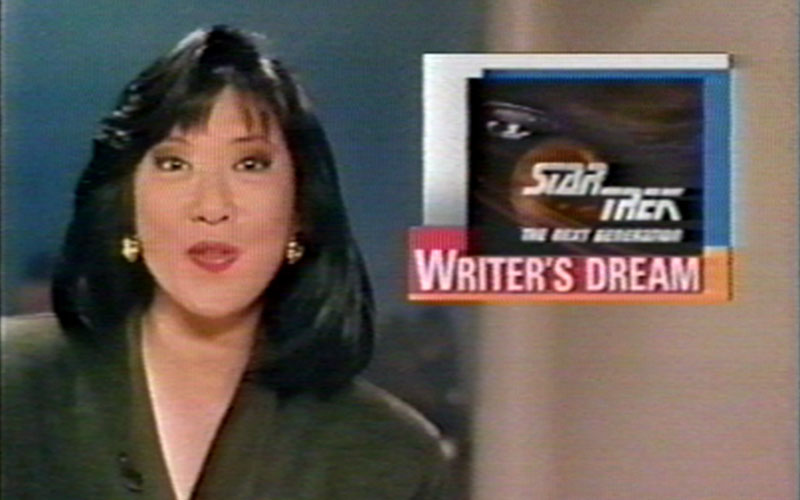 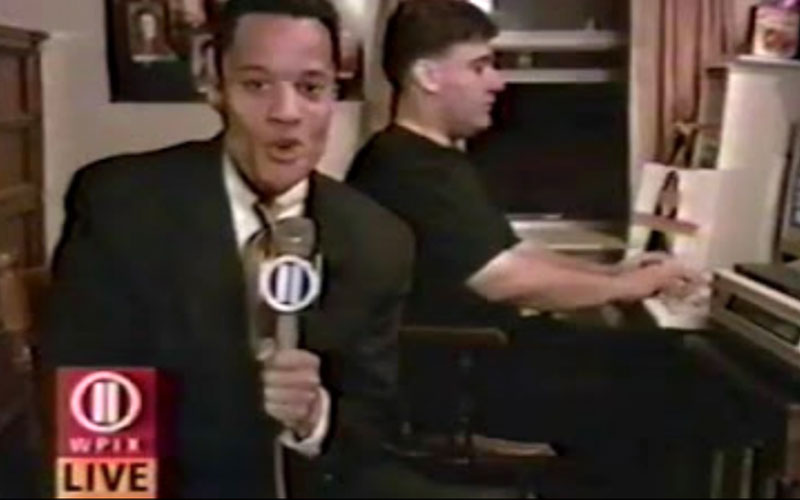 A year later, I wrote a Deep Space Nine episode – “Prophet Motive,” about Quark, the Grand Nagus, and charitable intentions went awry. Since then, I’ve written graphic novels, conducted high profile celebrity interviews, created TV docudramas for cable and wrote my book, Star Trek Sex – published by Bearmanor Media. No matter what else I do professionally, it seems Trek is never far away. 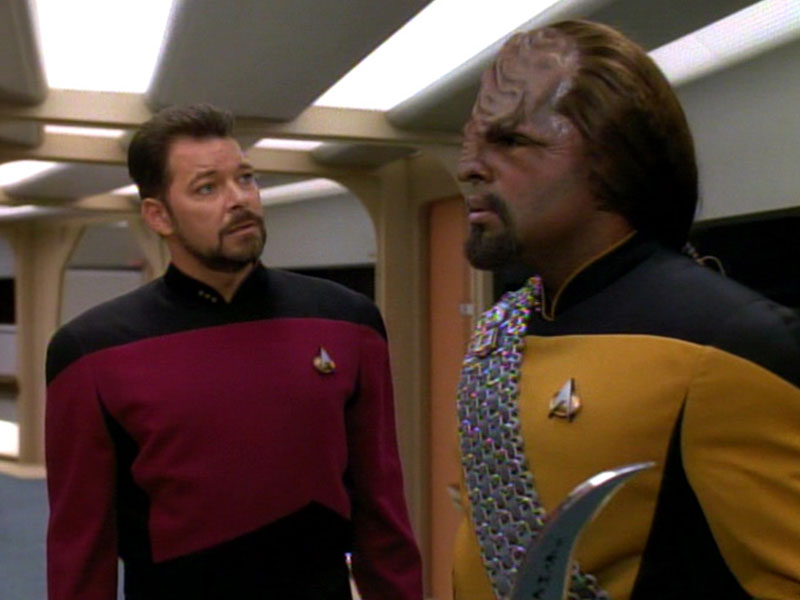 Star Trek is about new beginnings. The very nature of exploration and the core spirit of discovery is searching out and finding new things and coming up with new ideas. With science fiction, we’re often on the brink of a new find, one which may change the way humans live, work and play. And as any sci-fi fan knows, real science and scientists can be influenced and impacted by the art form.

History repeats itself. After recalling how The Next Generation came into being, we’re poised to see a similar happening with Trek’s next television incarnation. Except for this time, it won’t exactly be airing on TV.

We now see the dawning of Star Trek: Discovery similarly to how Star Trek: The Next Generation was handled. TV Trek had been quiet for a long time. Theatrical movies were still being released. A new show was created and distributed in an unorthodox way; back then it was TNG in syndication, today it’s DSC on a streaming app. CRT television sets gave us TNG back then – phones, tablets and Rokus will bring us DSC today. No matter how we watch it, or how long we wait until it comes round again, Star Trek always reinvents itself. Gene Roddenberry’s unique spaceship of the imagination always manages to gain new fans, new friends and helps us to live long and prosper. 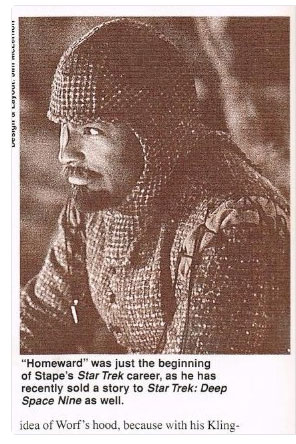 More from Will Stape’s series on TrekNews.net celebrating the 30th anniversary of Star Trek: The Next Generation:

Will is an Emmy Award nominated screenwriter, book author and content producer. He’s written for magazines, the web and for several highly respected TV shows, most notably for the Star Trek franchise.

Will penned episodes of Star Trek: The Next Generation and Deep Space Nine, and he was one of the few freelancers to work on episodes for both landmark Hollywood series, born of visionary Gene Roddenberry. He’s pitched to Star Trek: Voyager, Deep Space Nine & for USA Network’s show, Stephen King’s The Dead Zone.

His new book, Star Trek Sex: Analyzing The Most Sexually Charged Episodes Of The Original Series, is published by Bearmanor Media.