I’ve been slowly working my way through all of the Star Trek series. With the announcement of the new series starting in 2017, I was inspired to pick up my pace and finish all existing shows before then. I finished Voyager not long ago and have a lot of thoughts on the series as whole.

I’ll boil it down to basics: I would not call Voyager the strongest of the Trek series, but I had a lot of fun with it. Some episodes are real duds, and some are great. Some of the main cast lack depth (looking at you, Chakotay and Harry), but some of the characters and their development are excellent. (Janeway, B’Elanna, The Doctor, Seven of Nine)

I could go into more depth, but thought instead I would list my top ten favorite episodes. These aren’t the ones that I thought were necessarily the best episodes, although some of the best are definitely on the list, but the ones that I enjoyed the most.

I’ll start with my honorable mentions list. These are episodes that I loved, but not all of them can be in the top ten. Two-parters are listed as single episodes for expediency’s sake. 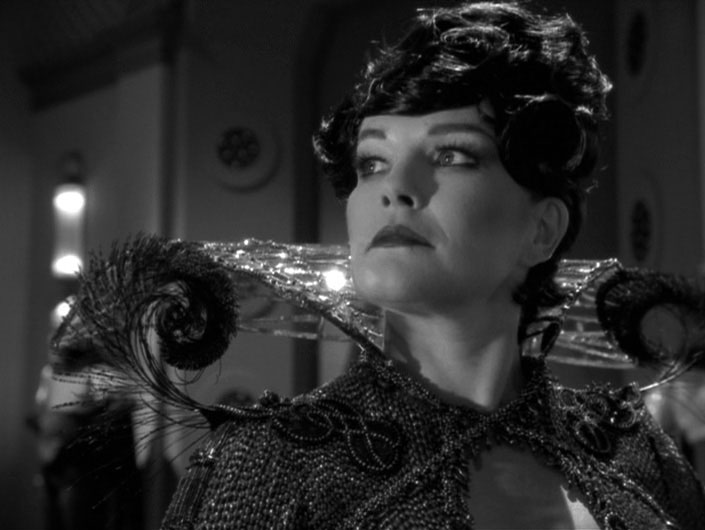 This episode is so much fun. It’s wacky, zany and a bit crazy, but that’s why I love it. Captain Janeway as Arachnia is hilarious. I know the plot could be more solid, but I find myself not caring and just enjoying it. 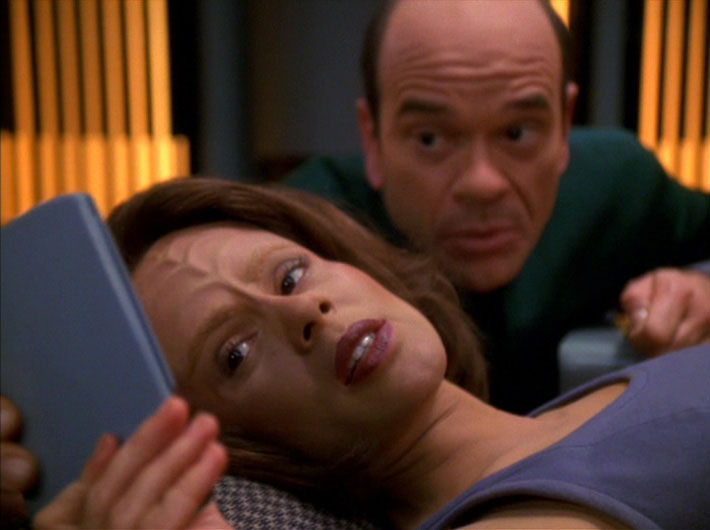 This is the episode where B’Elanna discovers that she is pregnant and that her daughter will share many of her Klingon traits. We learn a lot about B’Elanna, her past, and her fears for the future. We’re shown a much softer, more intimate side of a character that is usually strong, independent and brusque. There are layers to her character, and I love how this episode shows them. 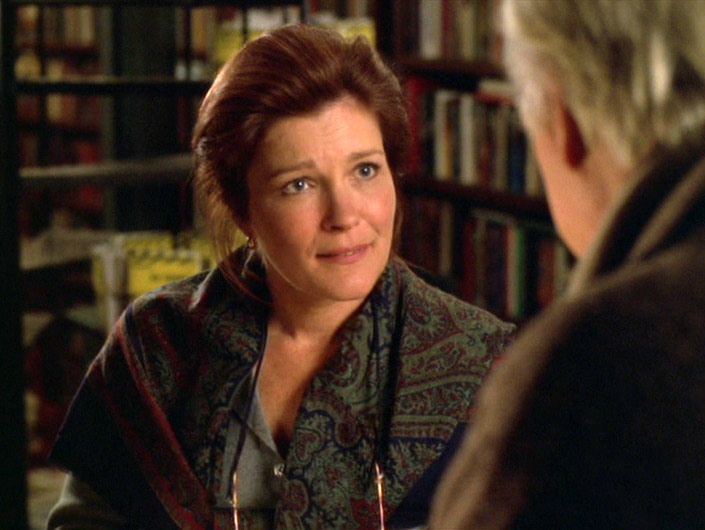 Captain Janeway reminisces about one of her ancestors, Shannon O’Donnell, whose story inspired her to join Starfleet. She learns that her forebear was not necessarily as important or influential as she had thought. This is a good tale of how our perceptions of someone from the past can be warped by time, but that they can still be meaningful to us, even if they weren’t to society as a whole. 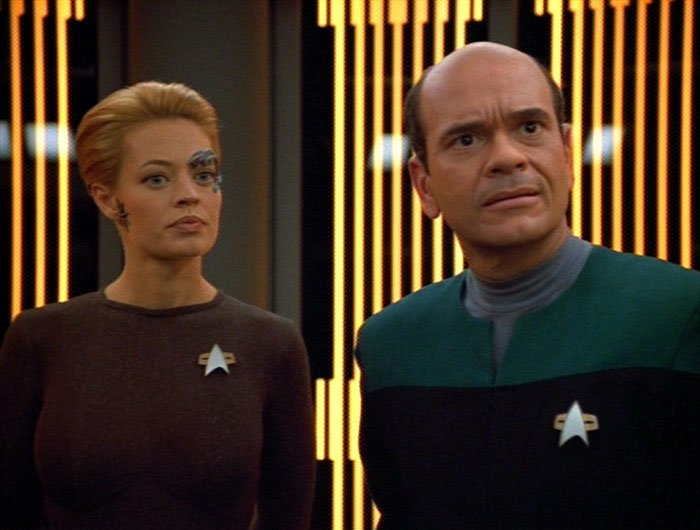 Neelix is dead for 18 hours and is then revived by Borg nanoprobes. When he wakes up he realizes that he didn’t go to the Great Forest, the Talaxian heaven/afterlife. He questions his own religious beliefs, mortality, and life after death. He becomes convinced that he was supposed to die and tries to beam himself into a nebula. It takes Samantha Wildman telling him that Naomi needs him to stop him. I love when Star Trek tackles the big issues, and this is one of the biggest. This particular episode leaves it fairly open-ended, too, letting the viewers draw their own conclusion. 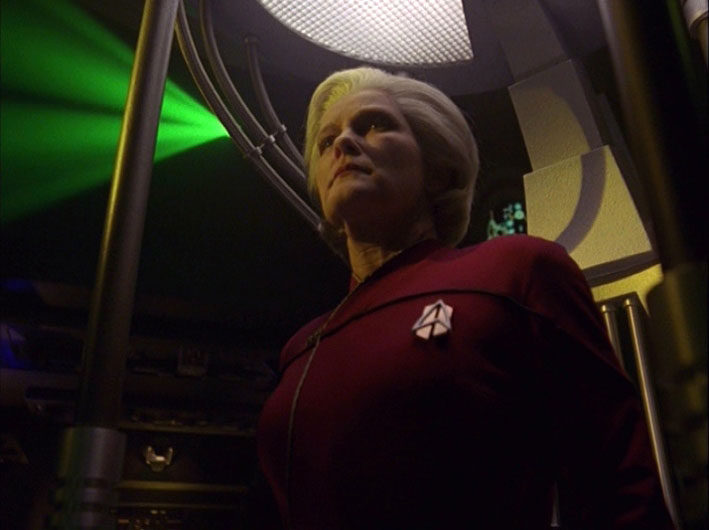 What’s better than one Janeway? Two Janeways! I have to admit, I just love Kate Mulgrew playing two versions of Janeway and arguing with herself. That aside, we finally see our intrepid (ha, get it?) crew reach the Alpha Quadrant and home. The plot gets a little convoluted at times, and double-crossing abounds, but it’s all worth it for the look on their faces as they realize they’ve made it. I was shamelessly cheering at the end shot showing them approaching Earth. I would have liked to see them actually ON Earth, but it was still a good send-off. 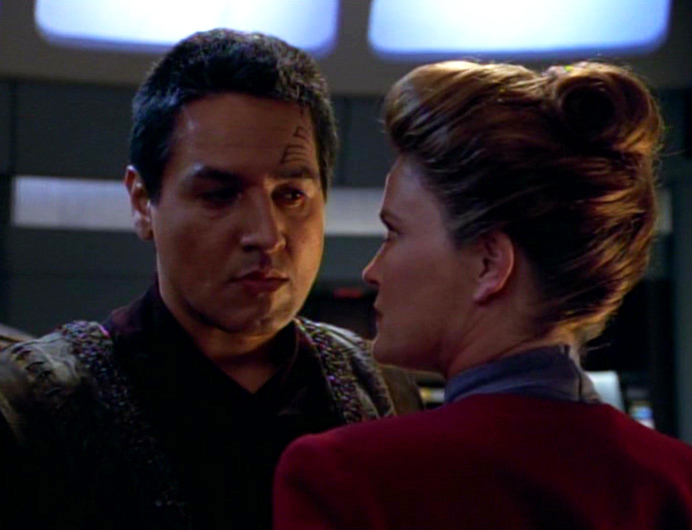 “Caretaker” and “Endgame” are probably interchangeable in their ranks on this list. Voyager had a strong end and a strong beginning. “Caretaker” is my favorite Star Trek pilot. (I’ve actually watched “Broken Bow” at this point, too, so I can say that.) We get introduced to all of our main characters, our ship, and get whisked away on our mission. If the entire first couple seasons had stayed this strong Voyager would be my favorite series. 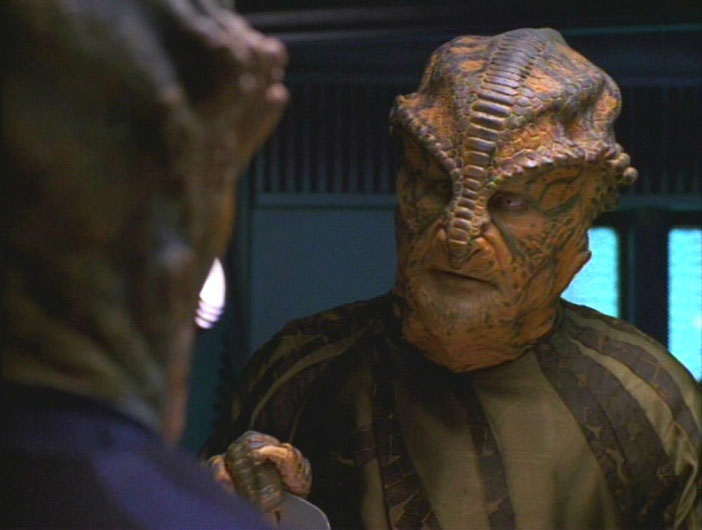 It may seem odd that this one is so close to the top. I was struggling to get through season 3, and this episode was a breath of fresh air. We get new aliens, alien politics, and an allusion to our own world. An alien scientist is trying to prove that his race came from a distant planet, which goes against his people’s beliefs. Sort of like Galileo trying to convince the scholars of his day that the earth is round. It’s more of Trek tackling big issues, and giving us fun new aliens along the way. (Do the Voth remind anyone else of the Silurians from Doctor Who?) 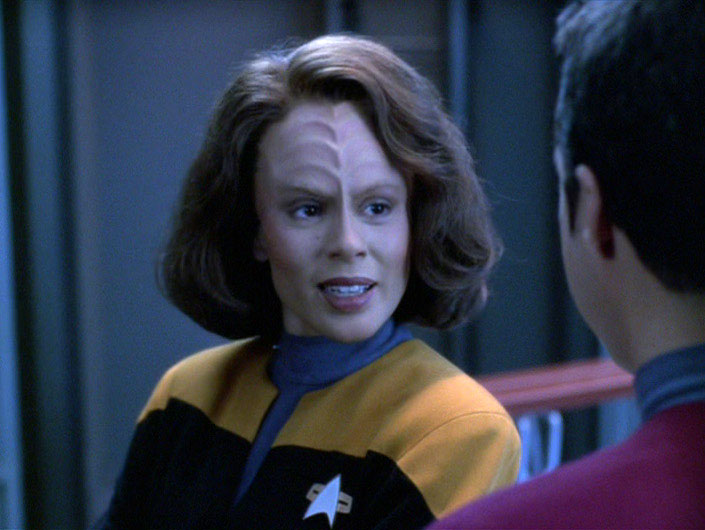 Voyager encounters another Starfleet vessel stranded in the Delta Quadrant, the Equinox. The Equinox and her crew have chosen to handle their situation far differently than Janeway does. Captain Ransom tries to get his crew home by any means necessary, no matter the moral implications. I like this episode because we see Janeway interact with a peer and how far apart their morals are. Captain Ransom will torture alien species to generate power, but Janeway’s line is nowhere near there. I do dislike how crazy-bananas Janeway goes to get Ransom, endangering her own ship in the process. Her temporary insanity is forgotten in the next episode, and apparently Chakotay has completely forgotten about it by then, too. It’s a tense two-parter that leaves you wondering what will happen. 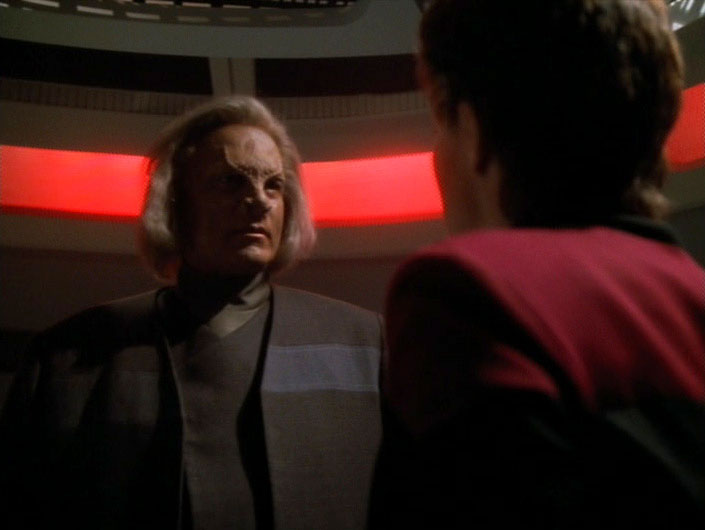 My reasons for loving this episode so much are personal. I studied history and politics, and this episode looks very closely at both and how they can be related. The Doctor (actually a backup Doctor) finds himself in an alien museum. The people on this planet believe Voyager is responsible for war crimes and the tension between the two races that live there. We watch the curator come to conclusions based on the evidence he has that are completely logical to extrapolate. The Doctor, of course, knows that they are 100% wrong.

It’s an interesting look at how people can draw such drastically different conclusions from historical evidence. It shows how it’s impossible to know what truly happened so far in the past, and that the truth can be colored by personal views and experiences. We see in this episode, too, how history can be leveraged in the present to cause social strife and change. 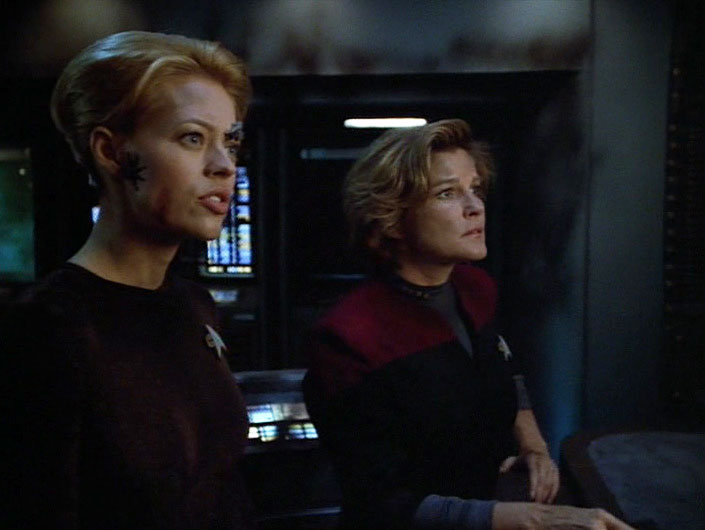 This one almost doesn’t need an explanation. I think these are Voyager’s best episodes. We get to see alternate timelines, the ship falling apart, and our characters pushed past their limits. There are a lot of good moments between the different characters and we get to see them grow and take on more responsibility. (That does unfortunately mostly vanish at the end of the episode with their timelines.) Janeway sacrifices herself and Voyager to secure a present and future in which her crew is safe and they still have a chance to get home.

Those are what I consider the best and my favorite episodes of Voyager. I do have some lingering questions, such as: What happened to the Borg baby? What about Janeway’s and Paris’s lizard babies? How about the son The Doctor mentions in “Blink of an Eye?” I could go for more epilogue on some of those, but I’m not letting them ruin my enjoyment of the series.

So, what do you think? Did I miss any really good episodes? Are any of my favorites terrible? I trust you to tell me in the comments!

The entire Star Trek: Voyager series is available on DVD through Amazon and via streaming on Netflix and Amazon Prime.

Michelle lives in northern Minnesota, where she does normal things by day and nerdy things by weekend and night. Her interests range from Star Trek, to history, archaeology, languages, fantasy and sci-fi, politics, and cats.