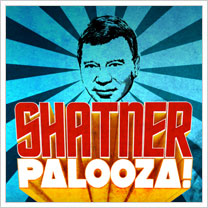 Epix HD kicks off “Shatnerpalooza” next Friday with the debut of William Shatner’s highly-anticipated documentary “The Captains” at 8PM EST which will air on Epix and EpixHD.com.

Along with “The Captains”, Epix will be airing several other films and TV shows starring Shatner, including all six original Star Trek films, along with The Intruder, The Explosive Generation, Pioneer Woman, Broken Angel, The Outer Limits, William Shatner’s Gonzo Ballet, and more.

Epix is currently offering a two-week free trial through EpixHD.com.