Once a year, St. Louis Shakespeare’s The Magic Smoking Monkey Theater picks a cult film to adapt into a stage parody. The talented Smoking Monkeys have already presented Reefer Madness, Glen or Glenda and Star Wars.

A logical addition to this impressive list of movie spoofs, Captain Kirk and Mr. Spock’s appearance on the Magic Smoking Theater stage seems long overdue, not to mention the presence of McCoy, Chekhov, and Uhura, who can add more personality to any show.

That’s why, this year, the Smoking Monkeys are going “where no monkey has gone before” by presenting two Star Trek Original Series episodes: The Gamesters of Triskelion and Journey to Babel. As true Star Trek classics, these episodes transport us into a universe of discovery and conquer, encounters with the unknown, adventure and self-revelation.

In “The Gamesters” episode, Captain Kirk declares: “My people pride themselves on being the greatest, most successful gamblers in the universe. We compete for everything — power, fame, women — everything we desire, and it is our nature … to win.” To reveal this passion and prowess live, Jim Ousley plays Kirk, while Ed Cole portrays the seemingly cold-blooded Mr. Spock. We also get to spend time with Suki Peters as Shanha (known to Trekkies as The Bustiest Alien in the Galaxy!) 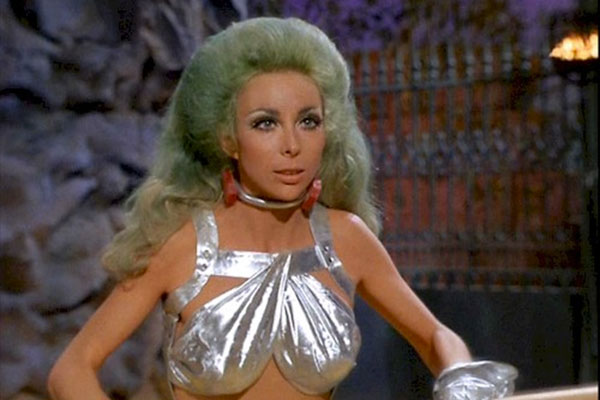 In “Journey to Babel,” Amy Kelly plays Spock’s mother, Amanda, who tries to remind Mr. Spock of his humanity, by saying “After all these years among humans, you still haven’t learned to smile.”

In the original episode, Amanda, played in the Original Series by the star of Father Knows Best, Jane Wyman, also provokes the following cult exchange between Spock and his father Sarek:

Sarek: She has always been that way.

Spock: Indeed? Why did you marry her?

Sarek: At the time, it seemed the logical thing to do.

Tickets can be purchased in advance at Brown Paper Tickets and are priced at $15 general admission or $10 for students 18 and under.

Alex works as a tax attorney advising non-profit organizations and, as a hobby, directs theater plays with the Bulgarian Amateur Theater in Boston. Like many performance art lovers, Alex enjoys writing reviews for plays, dance performances, and movies. She became an avid Star Trek fan in the ’90s, when she first watched TNG in her native country of Bulgaria. Alex is fluent in Bulgarian, Brazilian Portuguese, Russian and French.