A timely commentary on the end of the Cold War, The Undiscovered Country sees the crew of the Enterprise fight against conspirators intent on interrupting the potential peace between the Federation and Klingon Empire. 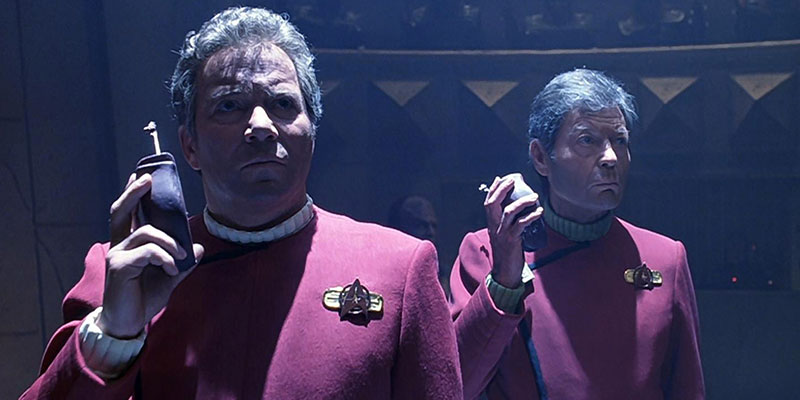 Joining the original cast is Christopher Plummer as General Chang, the Klingon mastermind who sabotages the peace between Kirk and Klingon Chancellor Gorkon. Gorkon is played by The Final Frontier veteran David Warner. The bridge of the Enterprise features Kim Cattrall as Valeris, the Vulcan helmsman of the ship. She replaces Sulu, who was promoted to captain of the Excelsior, a ship that ultimately helps the Enterprise defeat Chang and his conspirators. 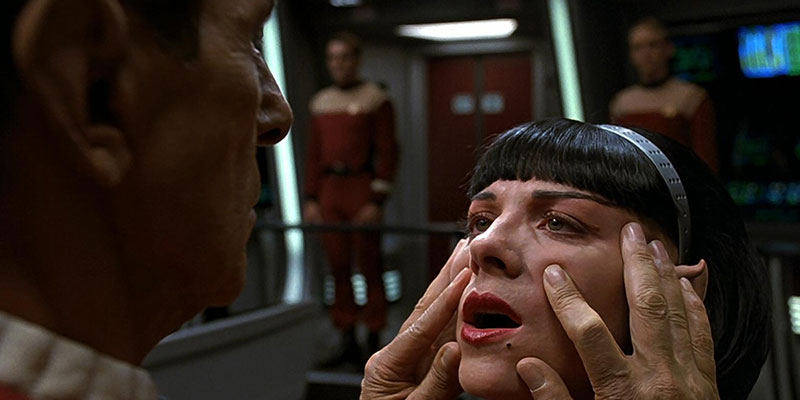 The movie was a financial success, grossing almost $97 million off a $27 million budget, and was much more successful critically than its predecessor, The Final Frontier. The film was directed and co-written by Nicholas Meyer, who is a producer on Star Trek: Discovery. 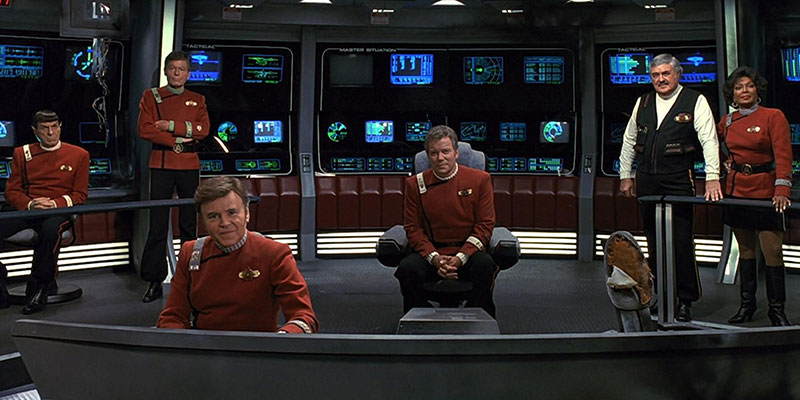 This film was the inspiration for the Star Trek: Voyager episode “Flashback,” which saw Captain Janeway and Tuvok appear aboard the Excelsior during the events of the movie.

On a sadder note, The Undiscovered Country is the first Star Trek film to be released after the death of Gene Roddenberry, who died on October 24, 1991. The film is dedicated to him.

Star Trek VI: The Undiscovered Country is available on standalone Blu-ray and DVD along with the Original Motion Picture Collection and the 50th Anniversary TV and Movie Blu-ray Collection.