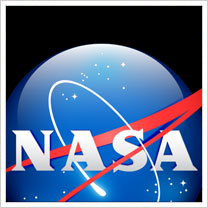 Back in August, I wrote a detailed scientific critique of one of Star Trek’s more elusive technological concepts: the tractor beam; the ability to tug objects using an electromagnetic field. Though I deemed the piece of technology as Science Fiction, a team of physicists and engineers at NASA’s Goddard Space Flight Center are planning and developing a laser that would act as a “tractor beam.” Not actually a tractor beam, this device uses electromagnetic wave fronts and directed photons to guide and pull tiny particles from a distance.

The mechanics behind the tractor beam are essentially the same as what was previously demonstrated with lasers. Scientists at the Australian National University were able to use a directed laser beam to carry microscopic glass particles midair across a distance of 5 feet. It works by shining a “hollow laser” at a target (i.e. tiny glass particles) such that the laser heats up a narrow band of air molecules surrounding the target but the interior of the laser (in direct path of the target) remains cooler. The particles would remain in the interior of the laser because the heated molecules surrounding it would exert a pressure against the target, so the particles could float effortlessly to or from the laser source.

The only drawback with this technology is that it requires a gaseous medium (i.e. atmosphere); this means that it wouldn’t work in the vacuum of space. However, NASA scientists, Barry Coyle, Paul Stysley, and Demetrios Poulios may prove that a working tractor beam in space is not only possible, but may be more practical than conventional sample collection. 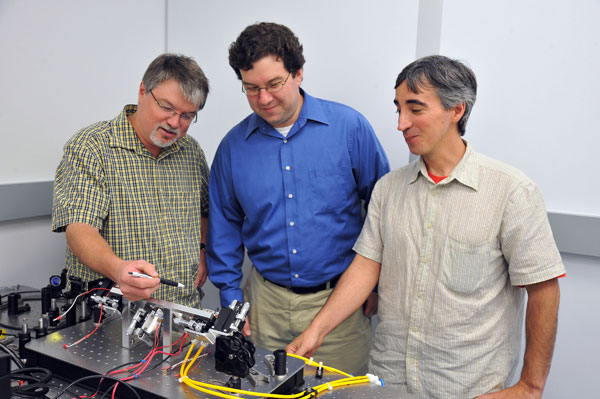 The technique uses optical solenoid beams. When the laser is directed against tiny particles (i.e. dust), it propagates a force on the particles against the direction of the laser beam. It is not actually a tractor beam as one may see on Star Trek; it is more akin to pushing a floating ball in pool water: it generates enough momentum to move on its own. Like the floating ball analogy, this laser beam simply exerts a force on something to allow it to move on its own; it doesn’t pull or tug anything.

The good news is that the force exerted by this laser is independent of atmosphere, meaning that it can work in space. This holds great potential for space exploration! The best application for such a device would be to capture dust samples from a passing comet. Normally, we would fly a probe into a comet’s “tail” to pick up debris, but this is a very risky (and expensive) maneuver, especially since we have to do it “blindfolded.” But in the near future, we may use a laser beam to trap comet samples from a safe distance, and it would be of great benefit to science because analyzing its chemical composition alone would provide us with invaluable information regarding the formation of our solar system.

Unfortunately, this “tractor beam” can only be used for small-scale purposes, which limits the scope with which it can capture objects. The electromagnetic beam couldn’t possibly generate enough momentum to move particles larger than bits of rock, and even that would be hard enough. Well, guess that means we won’t be towing our shipment of grain to Sherman’s planet after all.

NASA has already demonstrated the potential of such laser beams in a laboratory setting, but they don’t plan on stopping there. They are currently working on new revolutionary techniques to optimize the tractor beam and make it more efficient, cost-effective, and practical to use.