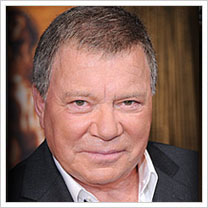 William Shatner’s highly-anticipated documentary, The Captains, premiered on Thursday night in Canada on Movie Central and will be replayed several times over the next month.

The film follows the Canadian-born Shatner as he meets with fellow on-screen Star Trek captains, including Avery Brooks, Kate Mulgrew, Patrick Stewart, Scott Bakula and Chris Pine to explore how the role of how playing a Starship Captain has affected them and made each actor an integral part of pop-culture.

Members of Movie Central’s website have a chance to win one of six William Shatner autographed items. The contest closes on October 30th.

First released in July, the documentary aired exclusively on EPIX in the United States and is now available for purchase as a digital download through iTunes and on DVD through Amazon.

Watch The Captains trailer below.